HOOD – Robinhood prices IPO at $38 per share raising $2B

Robinhood Markets Inc. will begin trading as a public company on Thursday following the pricing of its initial public offering.

The offering should raise more than $2 billion and puts Robinhood’s valuation at about $32 billion.

This makes it one of the most valuable U.S. companies to have gone public year-to-date, according to Reuters.

The offering breakdown involves 52,375,000 shares from Robinhood and 2,625,000 shares are being offered by existing stockholders.

The shares are expected to begin trading on the Nasdaq under the ticker symbol “HOOD.”

The Robinhood IPO is being led by Goldman Sachs Group Inc. and JPMorgan Chase & Co.

In seven years, Robinhood has gone from its launch as a startup to an IPO.

It currently has a total of 17.7 million monthly active users and manages more than $80 billion in assets.

The company estimates second-quarter revenue between $546 million and $574 million and a net loss between $487 million and $537 million. It also forecasts a total of 21.3 million monthly active users.

Robinhood jumped into the spotlight earlier this year when millions of amateur investors downloaded its app to participate in the explosive rally in meme stocks like GameStop.

The company made the decision to restrict trading in as many as 50 stocks, including GameStop and AMC Entertainment Holdings. The move was made after a surge in trading volume strained its abilities to cover clearinghouse deposit requirements. The company was forced to raise $4 billion from early investors in order to meet the requirements.

Robinhood has faced a wave of legal trouble in the past year, some of which contributed to a record $70 million fine in June to settle Financial Industry Regulatory Authority allegations that the company misled investors about margin trading and was lax in its oversight of approvals for options traders.

It also reached a $65 million settlement with the Securities and Exchange Commission in September after allegations the company misled investors on how it made money and for failing to get the best price for customer orders. In both cases, Robinhood has neither admitted nor denied wrongdoing. 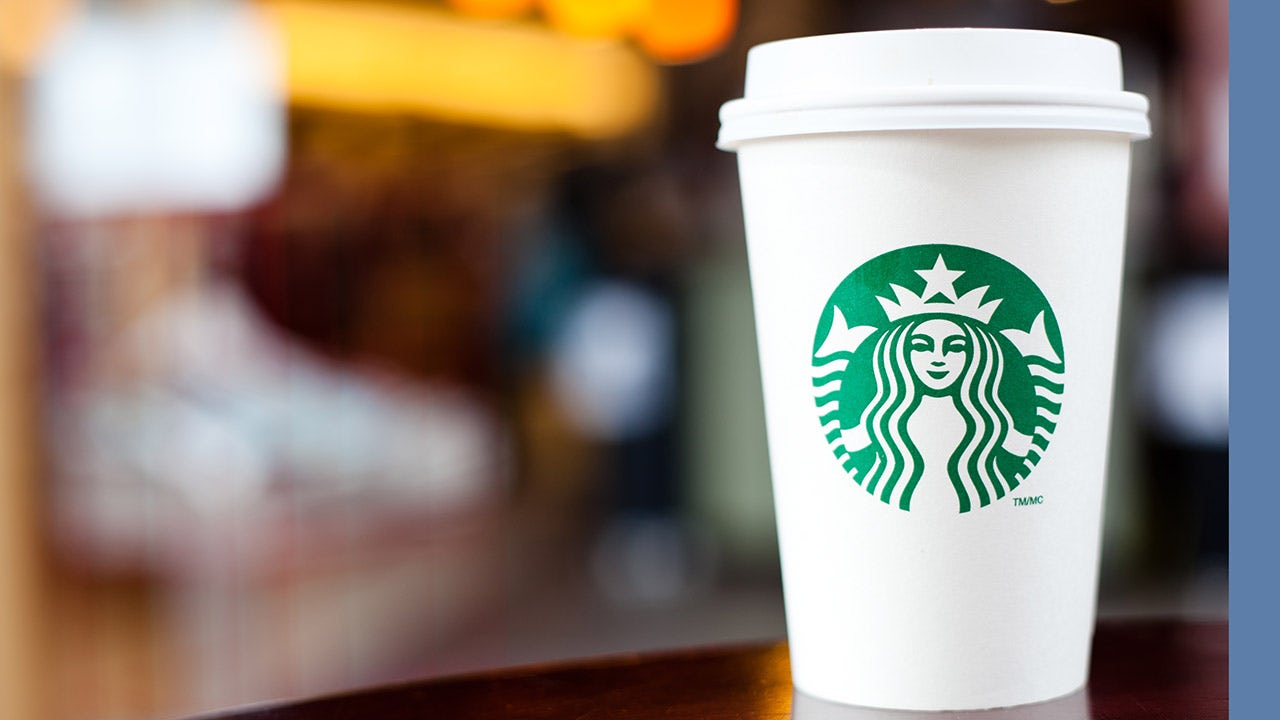 Starbucks shares fell 3% in the after-hours session after the company lowered its sales growth forecast for China, its second-largest market outside the U.S.

The Seattle-based coffee giant said its revenue soared 78% to $7.5 billion in the April-June period, an all-time high, as the impact of the coronavirus pandemic receded and customers flocked to its stores.

The results beat Wall Street’s forecast of $7.3 billion, according to analysts polled by FactSet.

Starbucks said its global same-store sales – or sales at locations open at least a year – jumped 73% from the same period last year.

The pandemic hit Starbucks hardest in the April-June period last year, when many stores were closed and same-store sales tumbled 40%.

Same-store sales jumped 83% in the U.S. in the fiscal third quarter.

Sales of higher-priced drinks – like cold brews and alternative milk beverages helped sales, as did higher demand for food items.

The concern in the report came in results in China, where same-store sales increased at a lower-than-expected pace of 19%. Starbucks also lowered its full-year sales forecast for China, saying it now expects growth of 18% to 20%, down from 27% to 32%.

The company said travel restrictions have had an impact.

Starbucks CEO Kevin Johnson forcefully defended the company’s performance, saying Starbucks will continue to see robust growth in China as it opens new stores. The company plans to open 600 stores in China in its 2021 fiscal year.

HOW STARBUCKS WILL CAPITALIZE ON THE POST-PANDEMIC COFFEE BREAK

“There should be no misunderstanding of how big and robust our business in China is and will be,” he said.

Starbucks reported net income of $1.15 billion for its fiscal third quarter. Adjusted for one-time items, the company earned a record $1.01 per share. That was well ahead of analysts’ forecast of 78 cents.

The Associated Press contributed to this report.

It is delivery day at Tesla.

The delay was due to the Plaid needing “one more week of tweak”, according to Tesla CEO Elon Musk said in a tweet.

Musk claims the Model S Plaid is the “quickest production car ever made of any kind”, which “has to be felt to be believed.”

The Plaid, which has a starting price of $119,900 before gas savings and tax incentives, is capable of traveling from 0 to 60 miles per hour in 1.99 seconds. The Plaid has a top speed of 200 miles per hour and can cover 390 miles per charge, according to the company’s website.

Tesla delivered a record 184,877 vehicles in the first quarter of 2021, despite “really severe supply chain issues.” However, the Model 3 and Y accounted for 182,847 of the deliveries, while the Model S and X accounted for 2,030 deliveries.

Fiscal second-quarter net income came in at $127.9 million, beating the $75.7 million from the prior year.

On a per-share basis, net income was $1.01, topping Wall Street expectations and a jump from the 59 cents from a year ago.

The average analyst estimate was for 80 cents per share.

The homebuilder has also benefited from low mortgage rates.

“We are encouraged by the continued strength of the housing market, which is supported by a long-term supply-demand imbalance, favorable demographics, especially the drive to home ownership among millennials, low mortgage rates, and the greater overall appreciation for one’s home that has emerged out of the pandemic”, said Douglas C. Yearley Jr., chairman and chief executive officer. “These market conditions, which we expect to continue into the foreseeable future, play to our strengths of creating luxury communities in desirable locations, offering a broad range of price points, and providing our home buyers the ability to personalize their homes.”

Toll Brothers shares have climbed 43% since the beginning of the year.

Another reading on the strength of the housing market will come Thursday morning when the National Association of Realtors reports pending home sales numbers for April.

U.S. home prices rose 13.2% in the year that ended in March, according to the S&P CoreLogic Case-Shiller National Home Price Index released Tuesday.

A deal to sell the newspapers of Tribune Publishing has been approved by the company’s shareholders.

The hedge fund has a reputation for slashing staff and deep cost-cutting, according to the Washington Post..

With Tribune, Alden is the second-largest newspaper company in the country, after Gannett.

The Los Angeles Times is owned by California biotech billionaire Patrick Soon-Shiong and is unaffected by the sale.

The deal drew opposition from many of the company’s journalists in an unusual spate of employee activism. They set up rallies, tried to find local buyers and begged for a rescue in their own newspapers. They had rooted for a higher bid from hotel mogul Stewart Bainum in the belief that it would be better for local journalism, although that never came to fruition.

Tribune said it expects the deal will close Tuesday.

The Associated Press contributed to this report.

Get our Stock Alerts before anyone else! Sign Up Today, it is totally free: